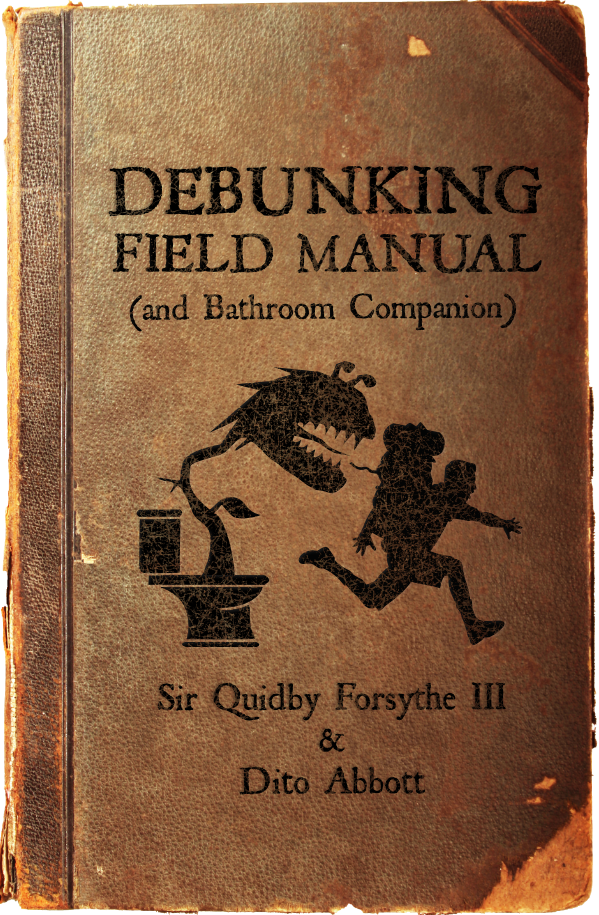 BLACKLISTED BY THE GUILD OF BORDERLESS EXPLORERS

Ask any explorer for an opinion, and you’ll soon discover Sir Quidby Forsythe III’s updated, 7th edition of his infamous Debunking Field Manual (and Bathroom Companion) has never been more controversial. Intrepid souls willing to risk ostracism by their peers will be rewarded with practical knowledge and gleaned from survival skills bordering on wizardry. With over 99 hard-won “Rules of Debunking”, Sir Quidby’s latest edition yields such nuggets as:

“Rule #12: As a general rule, Tickle Fingers are best avoided in any situation involving royalty, bodyguards, or explosives.”

“Rule #37: Do not let a sloth’s permanent smile and innocent expression fool you – they offend easily, hold a grudge, and relish ice cold revenge. I accidentally tripped over a sloth in the Colombian jungle in 1974, and he’s stalked me ever since. In the early 90s, he fashioned a bow and arrow, so I added an extra flap to my tent to buy twenty minutes of escape time while he opened the second zipper for a clear shot. To anger a sloth is to live in perpetual motion, constantly checking over your shoulder for a molasses-slow assassin.”

Thanks to a coordinated effort by various explorer societies to destroy all copies of this book, print versions of the Debunking Field Manual (and Bathroom Companion) are nearly impossible to come by, except in dangerous back alley transactions. The internet makes it possible to spread Sir Quidby’s wealth of knowledge to a new generation of would-be Debunkers.

Tread cautiously. The information in this book can save your life, but following Sir Quidby into the unknown will likely destroy your reputation beyond repair. Such are the wages of wisdom and the rewards of true adventure.

Born in Zanzibar, Quidby Forsythe III’s upbringing in sub-Saharan Africa stoked fires of curiosity that led to pursuing a doctorate in Archeology from Oxlemford University, then abandoning academia to devote himself fully to field work. Sir Quidby’s obsession with challenging the norms of exploration brought him to the forefront of Debunking, a controversial discipline which focuses on pushing past the limits of previous explorers, often to their embarrassment.

After wounded egos and sour grapes led every prominent exploration and cartography association on the planet to disavow him, Forsythe founded the infamous St. Jude’s Debunking Society. Although the merit of Quidby’s work remains hotly debated in the scientific community, there is no denying his admirable track record of surviving impossible odds on all seven (and a disputed eighth) continents.

The Guild of Borderless Explorers confiscated all previous six editions of the Debunking Field Manual (and Bathroom Companion) immediately after publication, but were unable to stop bootleg copies from making their way into hundreds of explorers’ nightstands, pockets, and privies. Sir Quidby hopes this seventh edition will inspire a new generation of Debunkers. 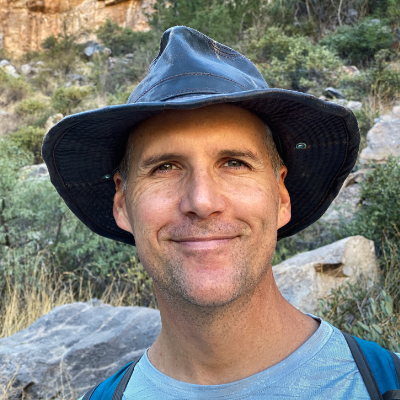 Dito Abbott was born in Puerto Rico, grew up in Saudi Arabia (exploring the Empty Quarter in a Land Rover), and cruised on a sailboat for a decade (circumnavigating at the age of 27). He loves adventure, hangs on every word Sir Quidby says, and hopes to survive his Debunking apprenticeship. 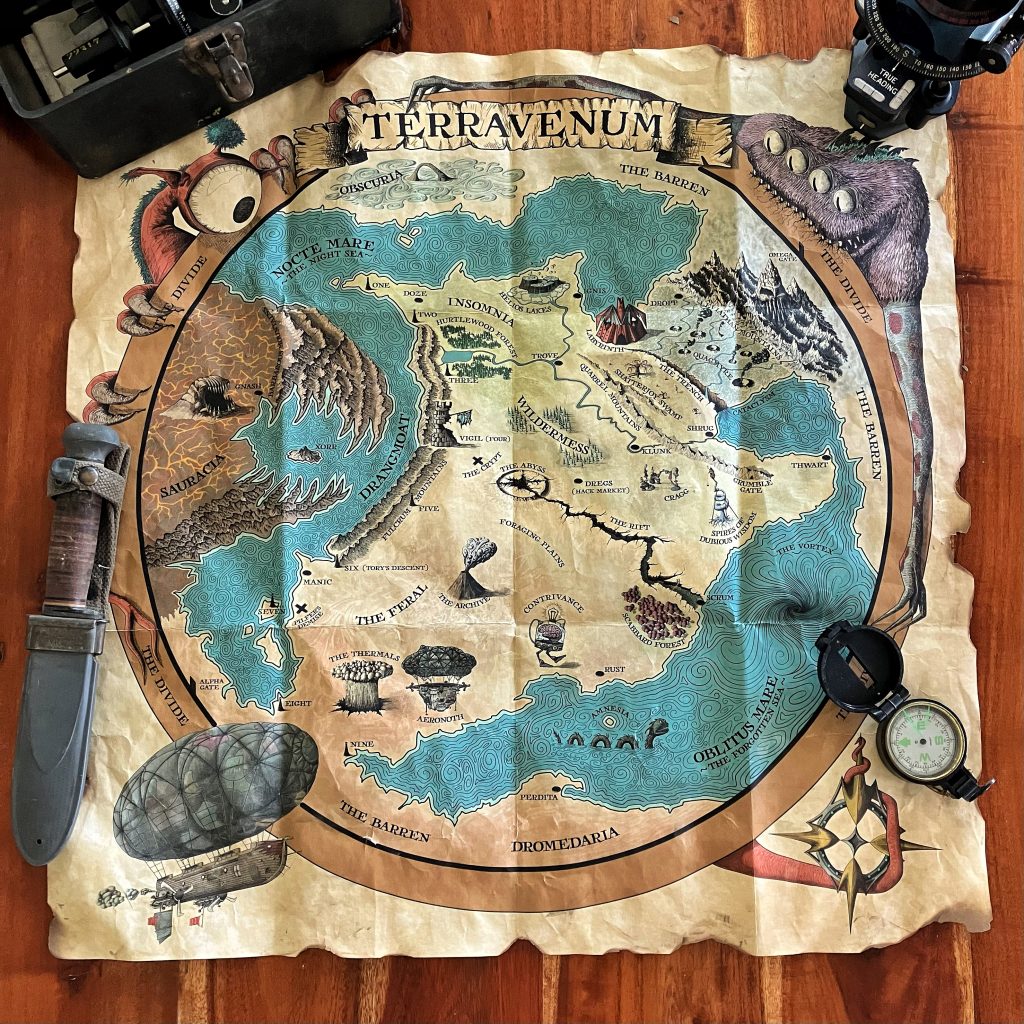